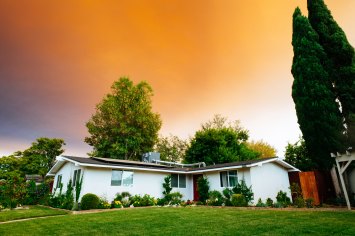 Many homeowners across California are being unlawfully tricked into leasing or financing solar panels for their homes by door-to-door salespersons and phone solicitors who misrepresent the terms of the contract.

Recently, HERA assisted the Gonzalezes of Orange Cove, California, who were misled into entering into an expensive lease of solar panels on their roof by a salesman who knocked on their door. The Gonzalezes are monolingual Spanish-speakers and the salesperson told them in Spanish that his company could install solar panels on their roof that would save them hundreds of dollars on their energy bills. The salesman said they would pay $96 per month for 30 years and that they would own the solar panels afterward.

He had Mr. Gonzalez sign a contract written entirely in English, which the Gonzalezes could not read or understand. The contract had dramatically different terms than were explained by the salesman, including that the solar company would retain ownership of the solar panels after a 25-year lease and that increased every year to $186 per month in year 25 for a total of over $40,000 in lease payments.  The salesman never explained these crucial terms to the Gonzalezes before they signed the contract, and the company never provided them with a Spanish translation of the contract.

The solar panels were later installed, but they did not produce the energy savings that the salesman promised.  In fact, the combined electricity bill and lease payments were about triple of what the Gonzalezes previously paid for electricity without the solar panels.  In addition, the panels created holes in the roof that caused water to leak into the house when it rained.

HERA sent the solar panel company a letter rescinding the loan based on the salesperson’s fraudulent misrepresentation and the failure to provide the Gonzalezes with a copy of the contract in the language in which it was negotiated, as required by Civil Code section 1632. Within one month, the solar company agreed to cancel the lease, refund the lease payments and repair damage to the Gonzalezes’ roof in exchange for return of the solar panels.

HERA has assisted other clients rescind solar panel contracts that were obtained based in misrepresentations about the terms and without providing a copy of the contract in Spanish after Spanish-language negotiations about the terms.  If you are facing such a problem, you should contact us for assistance.

One thought on “Beware of Solar Panel Door-to-Door Salespersons”